Sport Milton Keynes is a committee of representatives who are volunteers from the various sporting activities within the area of Milton Keynes. The Executive Committee is elected in June of each year at the Annual General Meeting (AGM). Marie Collins, MBE, has been Chairman since 2003. 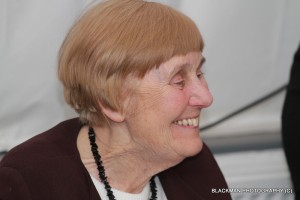 We have Sub-committees for managing Grants and Sports Achiever Awards The committee meets on the first Monday of each month to ratify the working of the sub-committees, control finances and operate the day-to-day running of Sport Milton Keynes. Our Benefactors: The bodies who generously make the monies available for grant aid include:

Sport Milton Keynes is accountable to the above funding sources and the Affiliated Member Clubs. In addition to providing funds for Grants, the Milton Keynes Community Foundation also funds courses, such as First Aid and Child Protection. These courses are organised by Sport Milton Keynes on behalf of the affiliated clubs.

Sport Milton Keynes have produced 2 films of activities that took place in 2013.

The 1st film is introduced by Pete Winkelman – Chairman of MK Dons FC, to view it, please click here, ….  it will help you understand

The 2nd film shows highlights of the SportMK 2013 Awards Evening, to view it please click here,  ….. this is an annual awards event.

We hope you Enjoy!

Milton Keynes continues to herald more and more sporting successes. We have welcomed further sporting triumph from Greg Rutherford, who recently won Gold at the Commonwealth Games, and not to forget the Adcock’s, bringing home a hard won Silver for their astonishing performance in the Badminton. I hope that these local heroes will inspire the next generation of, as yet unknown, athletes in MK.

MK’s sporting prowess is being recognised nationally as well, with some fixtures of the Rugby World Cup being held at the MK Stadium. A real privilege for MK to host some of the world’s best sportsmen and women.

Another national organisation, Table tennis England has also recently relocated to MK and with that in mind, I hosted a reception for them in Parliament with over a 100 guests and many MPs and Lord’s alike enjoying a friendly game of ping pong.

It has been a good year for Red Bull’s Formula 1 team. The ingenuity and dedication put in by the red-bull team all season turned around with outstanding consistency and as a result lead to Vettel breaking the record for most consecutive win in a season winning 9 races. Last season Red Bull racing managed to win their fourth consecutive World constructors champions and there number one racing driver Sebastian Vettel was crowned the Worlds Drivers champion with the assistance of Mark Webber.

But sport isn’t just for the professionals. Countless clubs meet at leisure centres across the city through the week; many more fill our playing fields on Saturdays and Sundays. We are even home to some newer sports, with a massive dragon boat racing. Whether we enjoy regular cycling on the abundant Redways or popping to Energie Fitness for a weekend workout, we are all MK sportsmen and women and that is why Sport MK is an organisation I support.